Sea Change Rally for Our Lives and Day of Action

April 28, 2018
On Saturday, April 28 one of Political Action Network’s members, Erin Huffer-Ethial, participated in the Sea Change Rally for Our Lives and Day of Action in an effort to oust Rep. Republican Steve Knight in favor of a democrat in CA District-25.   The event was attended by over 100 local community members who participated in a day-long door knocking campaign to urge Santa Clarita Democrats to come out in force for the upcoming midterm elections.  Steve Knight represents the interests of the Trump campaign and is a strong supporter of the NRA.  Speakers for the day highlighted the dangers of gun violence in the country, as well as California and the urgent need to enact gun sense regulations at a local and national level. Democrats outnumber Republicans in this district, contrary to popular belief that Santa Clarita is primarily conservative.  Shifting the balance of power in this district will reflect the interests of the majority of the district’s population, as well as the nation by adding another Democrat to the House of Representatives. Similar actions are taking place through the summer leading up to the November election. Find out more at www.swingsocalleft.org. 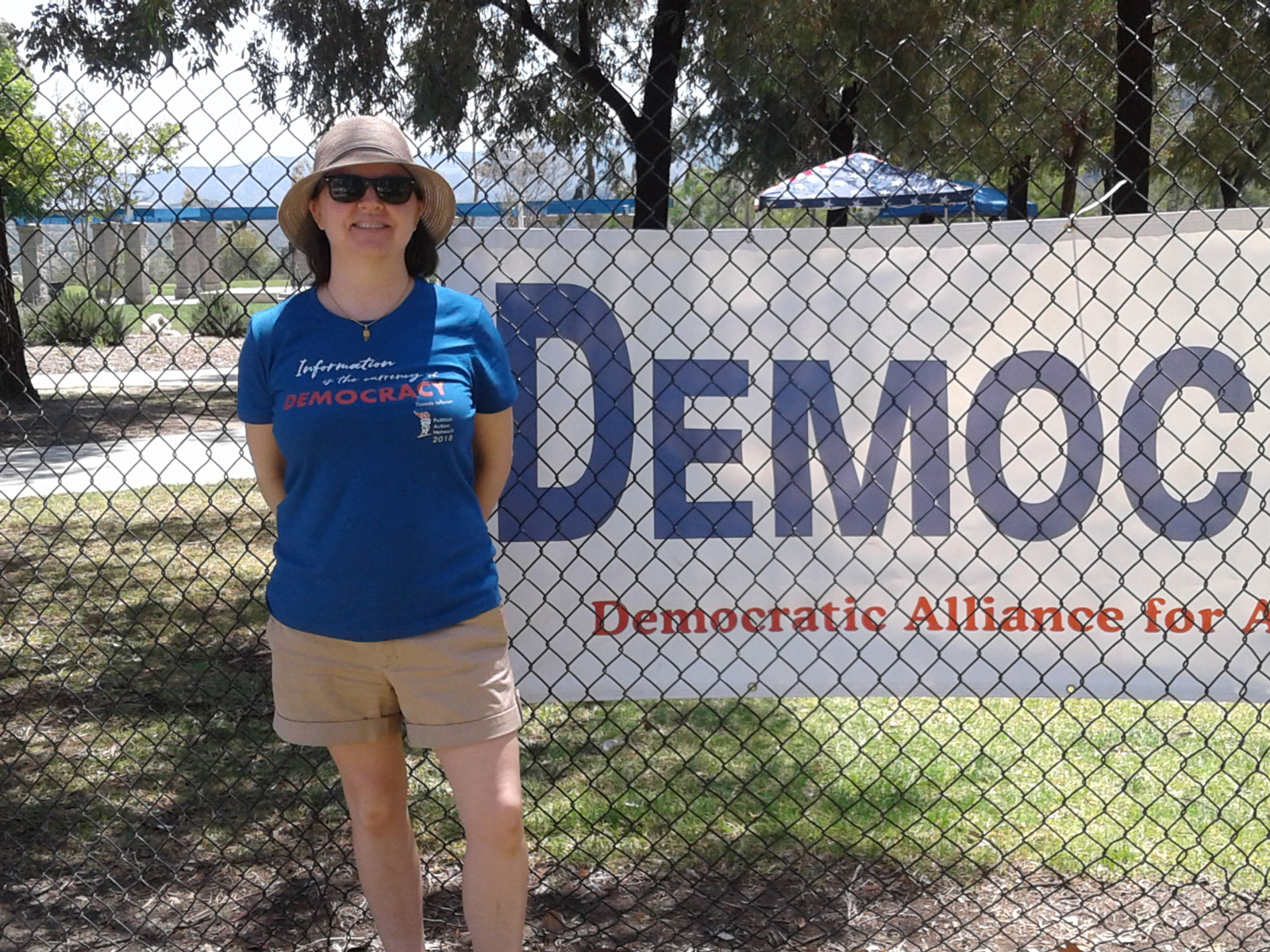 Japanese American National Museum visit for the exhibit “What We Carried:...