Our April meeting was chock-full of updates. One of our members participated in a three-day Homeless symposium, and presented some of the work to the group. A few PANkids reported on a class project that turned into the forming of a group, #NoGunsLA. Their newly-formed group organized a local street corner protest that ended up on several news channels. We also welcomed a guest speaker. Vicki Biggs-Anderson is an artist and activist from Minnesota who brought with her two black umbrellas that she created in memoriam to the victims of Sandy Hook and Parkland. She used them at the Women’s March in DC and will be installing them as an exhibit in Minnesota. This brought about a lively discussion on the gun control issue at the forefront of the news recently. All of this preceded our planned discussion about the state of the Democratic Party and the idea/success of “flipping districts.” We ended the night with our second Postcard To Voters campaign, this time writing in support of Cecil Webster in his run for State House District 13 in Texas. 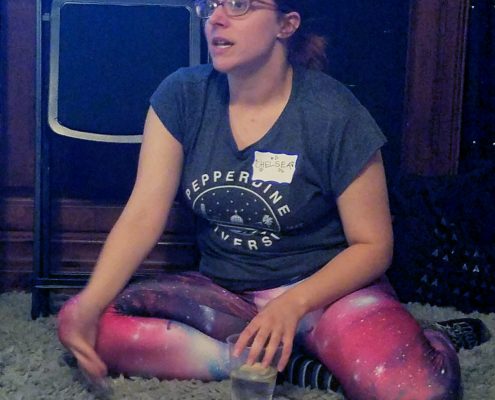 Chelsea talks about a homeless symposium that she recently attended 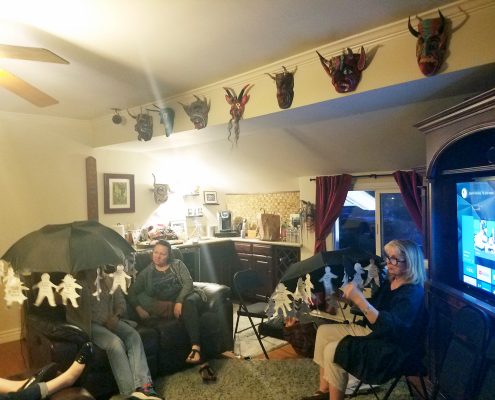 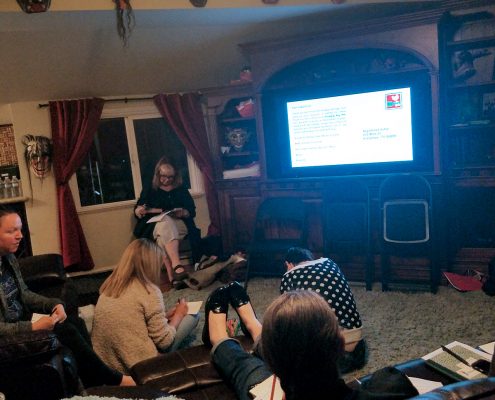 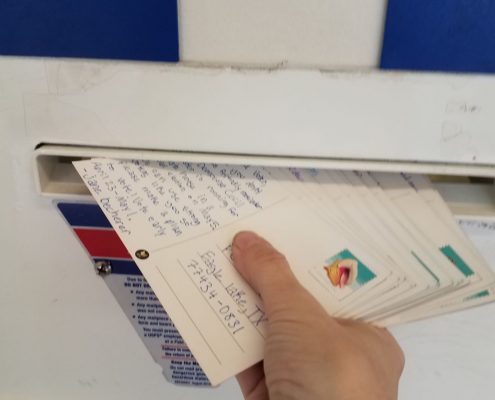 March for our Lives

Sea Change Rally for Our Lives and Day of Action