This month, we welcomed guest speaker, Loren Lieb from the organization Women Against Gun Violence. WAGV educates the public, policymakers and the media about the human, financial and public health consequences of gun violence. In 1999, Loren’s son was shot in the NVJCC shooting. While her son survived without long-term physical damage, Loren says “the ripple effect of a shooting is huge.”

Loren shared with us that, contrary to what the NRA would lead you to believe, their organization is working to educate people on gun safety, not take away all guns. They are, however, working to create legislation that would ban certain, high capacity, semi-automatic weapons. Loren says that this is a hard battle, as the NRA is the most powerful lobbyist in Washington. Loren was great at answering our questions and giving us more information. She brought with her postcards that we wrote as our meeting action. 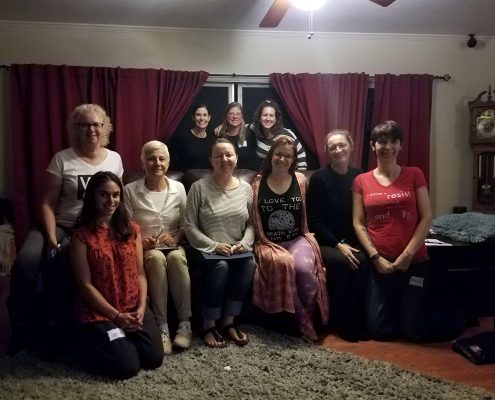 Our group with Loren Leib 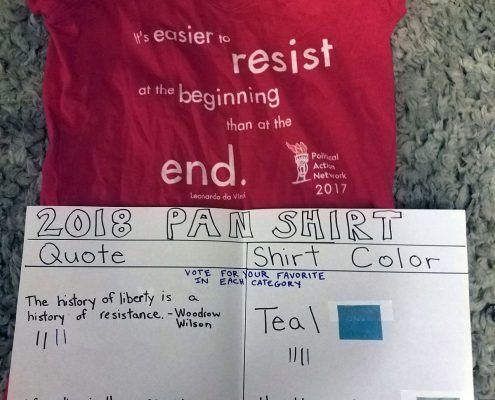 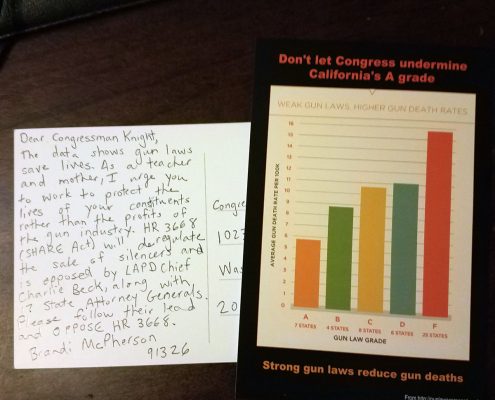 History of Voter Suppression & On Tyranny

Gunned Down The Power of the NRA Documentary Screening & Discussion