History of LGBT Rights in the US, Betty Toto from the Health CA Campaign SB562 and Net Neutrality

This month, we were very happy to welcome the Regional Coordinator from Healthy California, a Single-Payer Healthcare Bill in California’s Congress. We also acknowledged Pride Month, by hearing a history of LGBTQ rights in the United States.

Danica and Brandi began with a brief history of LGBTQ rights. The complete document is available on our website, starting with the first gay rights organization forming in 1924 and leading to the present day. We then spoke about our June Action, which had been to attend the PRIDE/RESIST March in Hollywood. The annual Pride parade was changed to a March this year to allow our voices to be heard in the current political climate. PAN members who went to the March found the mood to be uplifting.

We then welcomed guest speaker, Betty Toto of Healthy California. She presented a slideshow about Senate Bill 562, a Single-Payer Health Plan for California. Betty says that this bill is “the great equalizer.” It would guarantee healthcare for all Californians. SB562 has passed the senate. They are hoping it will quickly move through committees to be on Brown’s desk in October. Betty says that financing the bill is the biggest pushback, but that the numbers show it to actually save most households money.

Our Immediate Action Item this month was in regards to Net Neutrality. We all visited the FCC website to comment on the need for continued Net Neutrality in the wake of the Trump administration wanting to overturn the 2015 rules regarding internet service providers. Those same providers are the biggest voices pushing for the overturn. Currently, the FCC is accepting comments on their proposal to revoke net neutrality. 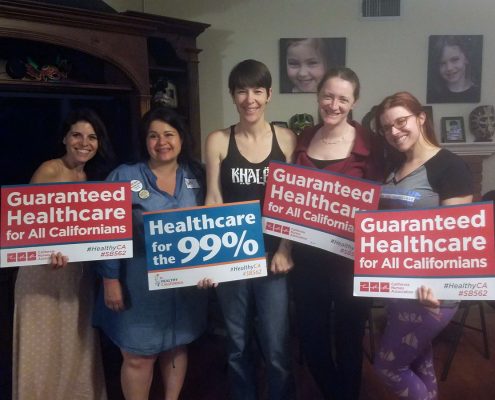 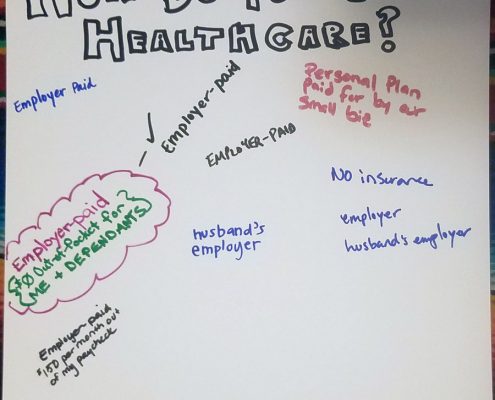 The History of the Environmental Movement in the US, Net Neutrality & Donald...