On the afternoon of Sunday, August 20, 2017, Brad Sherman, the representative for California’s 30th Congressional District in the San Fernando Valley, held a 90 minute Town Hall Meeting at Reseda High School. According to his office, nearly 800 people were in attendance in the school’s auditorium.

Before the meeting began, constituents and organized groups of various interests gathered outside the auditorium, where leaflets were handed out and mailing lists were circulated. In a constituency that is largely Democratic, there were about a dozen Trump supporters present, who voiced their support for the President in loud chants before the meeting. During the meeting, the Trump supporters held up large poster-sized signs and shouted interruptions throughout the event, prompting other constituents to shout for them to be quiet. On Sherman’s point, he asked all to be quiet, in order to maximize time for his remarks and constituents’ questions.

The meeting began with remarks about some current issues that he was working on or supporting. He explained his reasons for drawing up articles of impeachment for Trump, which was a reversal of his views since the previous town hall meeting in April. Since then, he explained, he had the opportunity to hear and review the oral and written testimony of James Comey, former FBI director, and Sherman believed that this testimony provided evidence that Trump sought to obstruct justice by firing Comey. He cautioned that a lot of things needed to happen and that impeachment would be a long way down the road. He also expressed doubt that Trump would be removed by the 25th amendment, since that would entail a majority of his cabinet members deciding that he was unfit for office, and Trump has the ability to remove any cabinet members he suspected might remove him.

Sherman also discussed his support for abolishing the electoral college and Right to Work in all states. He outlined his intention to bring federal dollars to the San Fernando Valley for local transportation improvements, including adding crossing gates and light rail to the Orange Line across the Valley, and bringing a subway through the Sepulveda Pass within ten years. He remarked briefly on the recent events in Charlottesville, condemning groups such as the KKK, saying that they should be designated as domestic terror groups.

After his opening remarks, Sherman took questions from his constituents. Due to the high number of people wanting to speak, tickets were handed out before the meeting, and numbers were drawn. About a dozen people were chosen to ask questions on topics about healthcare, the economy, and the environment. Sherman also introduced other local elected officials, LA City Councilmember Bob Blumenfeld, LA City Controller Ron Galperin, and Assemblymember Matt Bebabneh, who each made a brief statement. 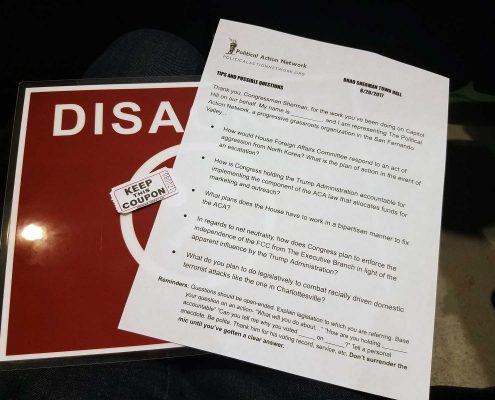 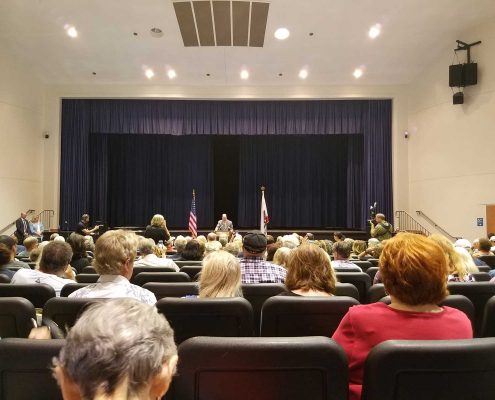 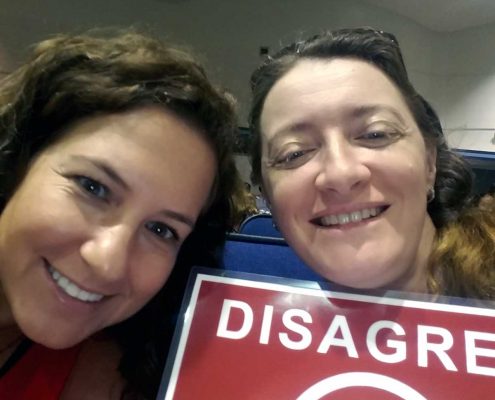 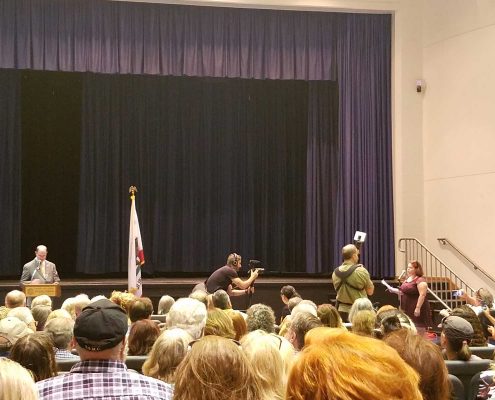 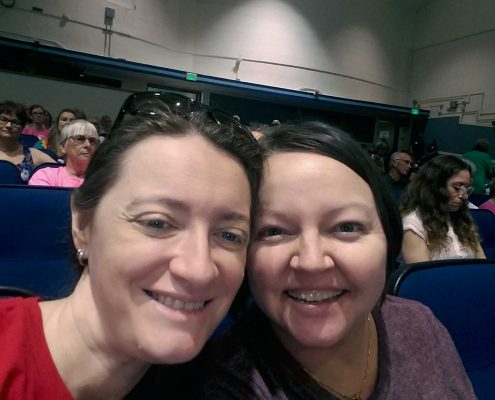 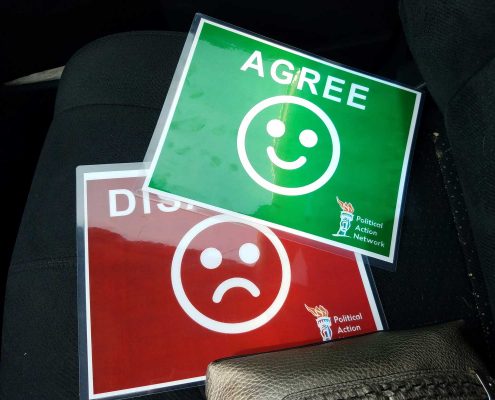 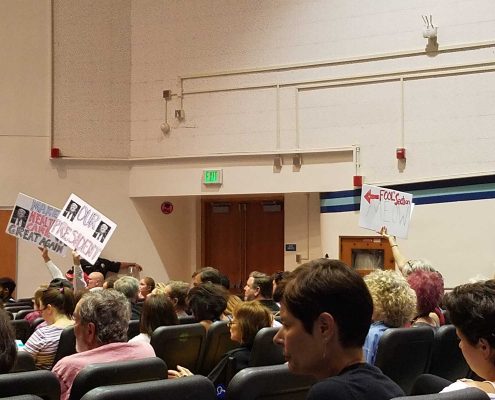 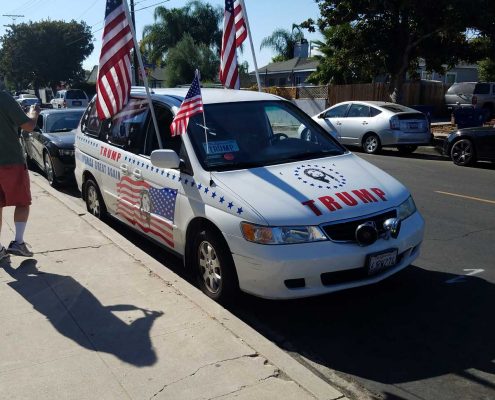 History of the Naturalization Process & DACA